At Empower Pilates Studio we believe in providing personalized, challenging and safe Pilates training for clients of all levels. Whether you’re looking to start a brand new health and fitness routine, or want to add Pilates to your current work-out regimen, we will give you the real results you’re looking for.
We won’t treat you like just another body in a class; your goals are our goals.

Classes sizes are limited – maximum 6 clients! – which means more personalized attention and reaching your goals faster. Our studio is located across Albuquerque Academy School. On the light of Burlison and Wyoming Blvd.
Lourdes has over thousand hours of training and a lot of years of experience. She will help you with all your goals. Also she holds several certifications that help her to understand better all your needs keeping you safe and motivated during every single session.

GYROKINESIS® classes can be adapted to fit anyone’s ability. People from all walks of life take Gyrokinesis classes, including accomplished athletes, fitness enthusiasts, senior citizens, and people recovering from an injury or dealing with a disability . By the end of a Gyrokinesis session, one’s entire system is awakened and brought into greater balance. Focus on the breath stimulates the parasympathetic nervous system, resulting in a sense of calm, well-being and mental clarity.

Gyrotonic classes are designed to take the body beyond its current limitations. People come out of a Gyrotonic class with increased freedom of movement, greater strength, and more agility. Gyrotonic exercises are adapted to fit anyone’s ability, from those recovering from injury or living with a disability to elite athletes.GYROTONIC EXPANSION SYSTEM® Method was created by Romanian-born Hungarian Juliu Horvath. Juliu Horvath was born in 1942 in Temesvar, Romania.
Juliu’s love for movement was apparent from the time he was a small child. During his youth he excelled at swimming, gymnastics and rowing. He began to study dance when he was 19, and by the time he was 21 was a principal dancer for the Romanian National Ballet Company.While on tour in Italy in 1970, he defected from Romania. He subsequently lived in a refugee camp in Italy for six months. After receiving political asylum in the United States, he moved to New York City. 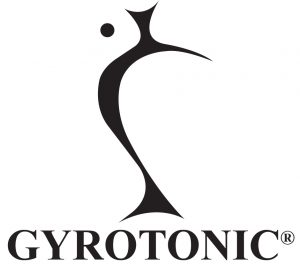 GYROTONIC®, GYROTONIC® & Logo, GYROTONIC EXPANSION SYSTEM®, GYROKINESIS® and GYROTONER® are registered trademarks of Gyrotonic Sales Corp and are used with their permission.
Scroll to top